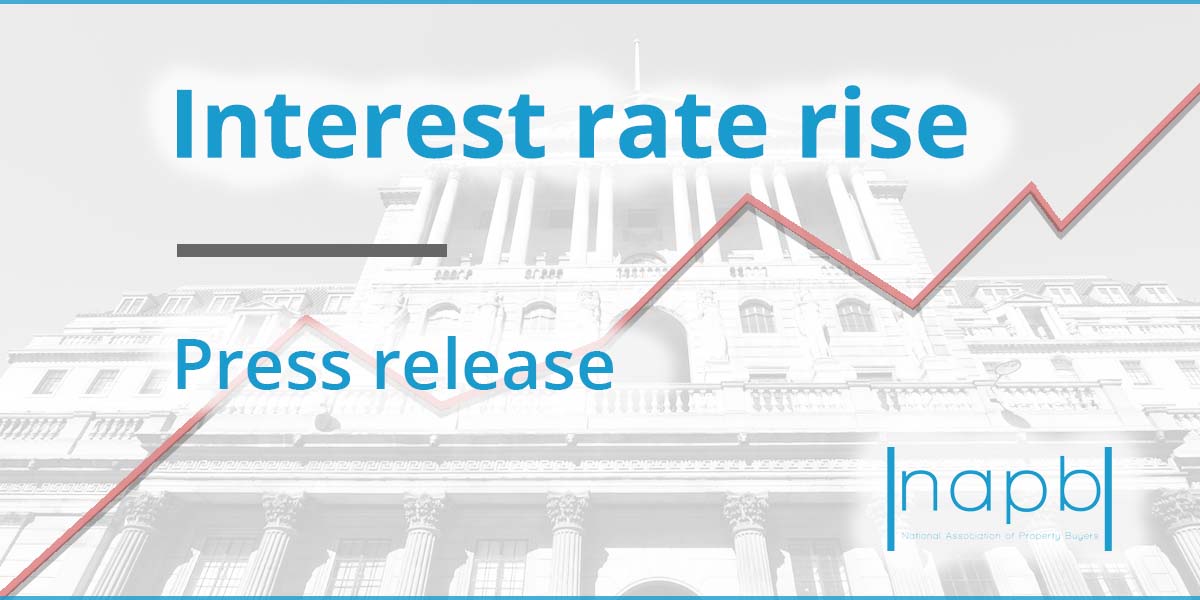 “Perhaps pain now might just avoid pain for the long-term.”

A rise in interest rates could be a good thing in the long-term for the property market, a leading association has said.

The Bank of England today hiked rates to 1.25%.

Commenting on the rise Jonathan Rolande, from the National Association of Property Buyers, said: “Perhaps in the long-run this rise is for the best, the property market has been increasingly looking out of control with many abandoning all hope of ever being able to afford a property. Perhaps pain now might just avoid pain for the long-term.

One glimmer of hope for many homeowners is that many do not even have a mortgage – around 30% in fact – and of those that do, most were wise enough to fix their rate when they bought. For now they are insulated from the pain but they must be looking at their paperwork carefully – each month that ticks by is another month closer to the end of their budgeted-for fixed rate period and it looks as if we’ll see more rises before the year is out.

Mr Rolande said it was also not a surprise to see rates increase.

“It is no shock that rates have risen once again,” he added. “The Bank of England is on a mission to reduce inflation from it’s current 9% to just 2% or less. One of the few tools at their disposal to do the job is the bank’s base rate, around which all lending is based. Higher rates for mortgages but also debt such as credit cards and car loans takes money out of people’s finances and stops them spending it elsewhere, which would further fuel inflation. It also means savers are rewarded with higher returns on the money, again discouraging reckless spending. Unusually for recent times however, thanks to rampant inflation, the budgets of many households are already at breaking point with the thought of being able to cut back on non-essential, frivolous spending just a pipedream. It is food, petrol, heating and essentials that are rising in price so choices for many will be limited.”