Autumn Budget 2021 – what will it mean for property? 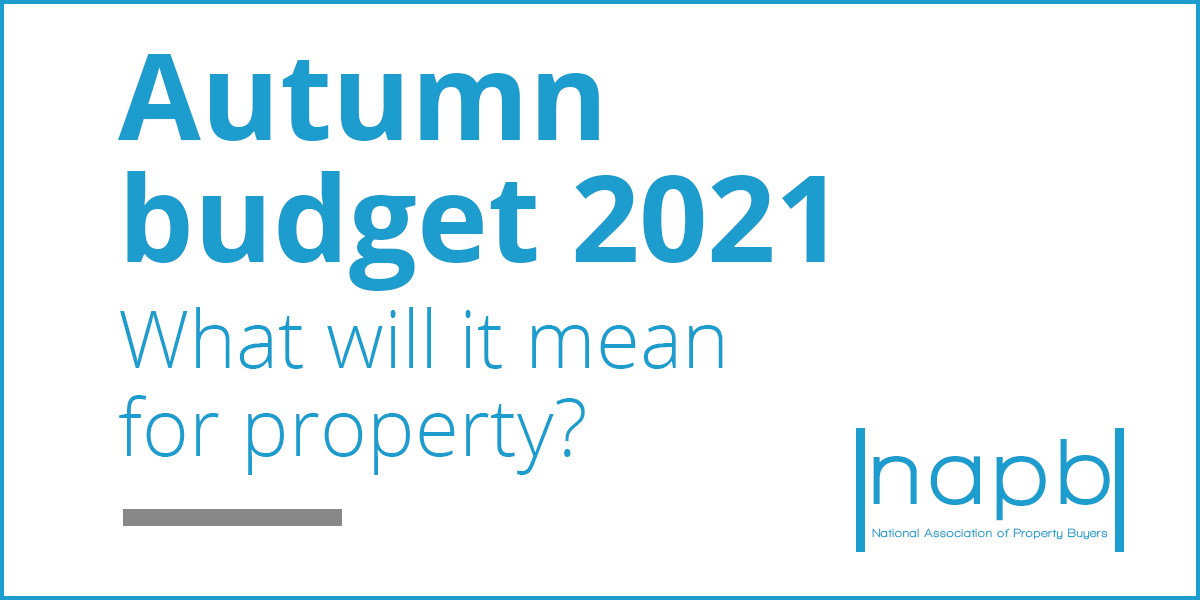 A few hours after the Budget has been delivered and it was a polished performance from Rishi Sunak. More generous than many had predicted it is a Budget that is in many ways, more notable by what wasn’t said than what was.

No mention of alteration to Capital Gains Tax or Inheritance Tax or even Stamp Duty. Easy gains for the Treasury were forsaken, perhaps in an attempt to let the market find its own level after the shock of the pandemic – the Government cannot solve every problem was the theme.

What little was said about housing was

We shall analyse the detail to see whether that is new funding or not and when the changes take effect. 180,000 new homes is substantial but with 27m homes in the UK already, this will make up a very small proportion of total stock. But of course, it will make a huge impact on the 180,000 new residents.

We now wait for The Bank of England to make their move on interest rates – which will have a far greater impact on the property market than anything mentioned this afternoon.

Details about Wednesday’s Budget leaking out, our team have looked at what we know so far about Rishi Sunak’s plans and how they might affect the property market.

Families are braced for tax increases which will be more sharply felt thanks to increased petrol, food and gas prices that have already begun to stretch household budgets.

After almost complete stagnation during the lockdowns, the UK’s property market has rallied to an extent that has surprised many commentators. In fact, the recovery has been so good, there are very real fears of overheating, with The Bank of England once again looking at interest rate rises as a way of dampening down activity and price rises. With rates at just 0.1%, the Bank have plenty of room to increase, heaping more worry on to many households.

What will be in the Budget?

Jobs Plan. Thought to be central to Mr Sunak’s plans this will seek to address the skills shortage (such as HGV drivers) and will aim to help people back to work after the winding down of furlough. With many in this sector renting their homes, improved work prospects will help alleviate the concerns of many landlords who have not been receiving full rent. Greater employment prospects will help re-ignite the smaller Buy to Let investor that has diminished in recent years.

Green fuel levy. Any increase in tax on fuel will be keenly felt and will make all households feel significantly poorer given recent price rises in the sector. Without adequate provision for the less well off, many tenants will be faced with a choice of paying heating or rent. We hope that any increase will be met with serious plans to insulate Britain’s homes quickly.

Council Tax. Sunak may allow councils to increase Council Tax but up to 5% adding around £8 a month to the average bill. However, increased council spending will improve issues such as crime and funding on social projects and should generally improve the areas where we live.

Alcohol. Likely to overhaul the alcohol levy, this is one of the few areas where taxes can be increased on a non-essential item. However, the knock on effect could be reduced spending in pubs and restaurants that will effect thousands of hospitality workers, many of whom rent their home.

Pensions. Tax relief on pensions may be curbed. If so, expect much more interest in Buy to Let from those seeking alternative places for their savings.

Graduate tax. By reducing the level at which student loans must be repaid, young people will have less disposable income for housing.

Capital Gains ad Inheritance Tax. CGT could be adjusted to fall more in line with income tax. Property sellers would feel this sharply and unless the increase is either phased in or comes in to force overnight, we’ll see a huge sell-off to beat the increase which could de-stabilise the market and reduce the stock of let property as landlord’s exit the market.

Inheritance tax breaks could be reduced. This won’t be popular with beneficiaries but is unlikely to have much effect on the property market.

National Insurance. Already announced, the 1.25% increase will be felt by lower income households the keenest. Such a broad brush increase has not been popular with many who see working families carrying a greater burden of increase than, say a wealthy property owner selling assets.

Dividend Tax.  A 1.25% increase of tax on dividends will raise around £600m. this may deter some companies from paying out large sums which could see more money re-invested in to the businesses. This may be more helpful to the property market than a small number of shareholders receiving large payouts.

We’ll be monitoring the Budget this week and will give our ‘property-centric’ view as soon as we hear the policies.